Why Do We Care About Men Wearing "Women's" Clothing? - Briana Blair - BrianaDragon Creations

Why Do We Care About Men Wearing “Women’s” Clothing?

Recently, Mark Bryan has been getting a lot of attention online. Why? Because he chooses to wear skirts and high heels to work. He believes that clothing has no gender, and we should wear what we like. It’s no surprise that in a society that refuses to let go of backward and pointless ideas, people are in outrage over this person’s choice of attire.

I honestly do not understand why this is even an issue. Hysterically speaking, nem have been wearing skirts and heels for a long time. Men wore skirts and heels before women did. I think reasonably enlightened people don’t care about things like this. Wear what you want. Be comfortable, express yourself, and ignore what other people think. I had to laugh because my 73 year old mom’s only comment on the topic was “Why would anyone want to wear heels all day?” Most of us with clear heads support Mark’s decision to wear what he likes, but conservatives are screaming about it, some even claiming that such things are “proof that the Devil is taking over America”, and that allowing such offenses is “eroding the fabric of American decency”.

Greeks and Romans throughout antiquity wore togas and chitons, which are basically wrap-around dresses. Egyptian men wore various full-body and lower-body wraps. In medieval and Renaissance Europe, tunics, skirts, and hosiery were not only common, but nearly required for anyone of social standing. The Indian kurta is still worn by men of taste and status even today. In European society, it was common, for a very long time, for men to wear gowns. Male children all over the world have been dressed in dresses and nightgowns, up to a certain age.

Soldiers of the Roman Empire wore short skirts. Aztecs outfitted their military in skirts because it gave more freedom of movement. Scottsman, even in battle,  have been wearing kilts for ages, and they were considered a show of one’s virility. No one would question the masculinity of an ancient Japanese warrior in a kimono or kosode. (Kosodes, for the record, were traditionally worn by people of every age and gender during the Edo era.)

Persian cavalry in the 10th century were the first to wear high-heeled shoes. In the 17th century men of status, especially politicians, wore heels to look taller and more intimidating. (And we’re talking actual high heels here, not platform shoes.) In the 17th century, Russian, German and Spanish men of wealth wore pointy shoes with small, thin heels, as a show of their status. High heels on men remained fashionable for centuries.

In the 15th century, with the invention of hosiery, ideas on gender dress started to change, but it wasn’t until the 19th century that the strong line defining what gender was supposed to wear what, was truly drawn. It’s interesting to note that fewer and fewer people and cultures have a problem with women wearing “masculine” clothing.The ones that do take issue with it tend to be societies or groups that hold to outdated and unproven ideas of gender identity and sexuality. Typically, those people are heavily invested in religion. While religion isn’t solely responsible for the changing views on what males should and shouldn’t wear, they’ve had a heavy hand in it. People who fear change and freedom have been trying very hard to draw specific lines and institute specific rules about who can do what, and what it says about you if you refuse to fit into their boxes.

Some believe that men openly wearing “feminine” clothing would be useful in eroding the current climate of toxic masculinity. Personally, I don’t see why this is even an issue. It seems such a waste of time and effort, especially when you consider the absolute, documented fact that men wore heels, skirts, and dresses, for most of history, and many supposedly “feminine” styles were donned by men long before they were worn by women.

Do I think it’s odd to see a man in a skirt or dress? Does it make me a little uncomfortable? Yes, but that’s only because society has pushed the idea on us that people have to dress a certain way. I really don’t care. If you’re comfortable and happy, go for it. If society wasn’t so backward, I’m sure none of us would care by now. Why is anyone trying to enforce these dress codes? It doesn’t matter. Keep your unmentionables covered, and we’re good. It seems like nothing more than another ploy for control over people’s free will. Then again, aren’t most arbitrary and senseless “rules” all about exercising control and stifling all that dangerous creativity and personal expression? They do seem to be. 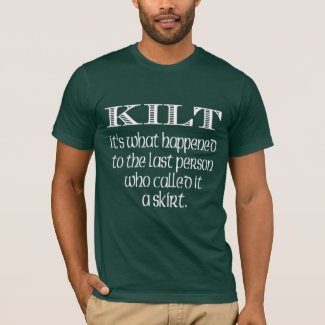