The Sad Stupidity Of Racial Bigotry If you haven’t been living under a rock,you know that America, and the world, are facing some serious issues involving racial bigotry right now. In America, racially motivated killings and injustice have spurred a revolution of sorts, and people are demanding change.

Racism is nothing new, but it’s something that’s taken a very strong foothold in America. The Trump administration brought us into an era where the bigots of the country felt emboldened to speak openly about their hate for other races. People of color (POC) are under attack in the US, and it both saddens and disgusts me.

I have never understood racial bigotry. “Red people are savages.” “Brown people are lazy.” “Black people are criminals.” And on it goes. There are stereotypes and hate aimed at Caucasians too. The whole idea is ridiculous. You can’t judge an entire race by the actions of some of them. You can’t really judge people by color at all. Good people and bad people come in every color, period. No one has exclusive rights to being good, and no racial group is entirely evil.

The way I see it, we’re all the same underneath. Peel off the skin, and you can’t tell the difference. We’re all guts and bones and red blood. How insane is it to judge a whole group of people by the color of their skin? That makes about as much sense as judging people by the color of their hair, or their eyes. Can you imagine anyone saying “Blue-eyed people are all drug addicts and they’re going to ruin America!” That’s how stupid bigots sound. They’re judging a person’s character by some meaningless physical attribute, and thinking that they’re justified in doing so.

This is the year 2020, and it’s mind-boggling to me that anyone cares about race anymore. Even national origin is  meaningless. In the most crime-ridden parts of the world, there are still good people. In the most civilized parts of the world, there are evil people. Color doesn’t define character. It doesn’t say anything at all about who a person is.

What really disturbs me is how intensely religious people, American Evangelicals in particular, hold onto these ideas of a superior race. Science has completely debunked the idea of a Master Race. The outdated use of phrenology to justify slavery, and Samuel Morton’s “craniometry” to support the  ill-treatment of non-white people were likewise debunked. It seems like people don’t care about science though, and they’re more than happy to cling to the unprovable idea that certain races are superior to others.

It seems more a matter of control than anything else. In order to feel like they’re better, someone has to be worse, someone has to be less. Why not just apply a label of less-ness to a whole racial group? They do it to groups for other reasons, but race has always been a hot-point among the religious, and they like to feel that they’re somehow god’s special creations, and someone has to be lower than them. White supremacy has been sadly growing in the US, especially among Evangelicals, or the “Extreme Right.” More than anyone else, members of this group are spewing hate and trying to invalidate the rights of others.

Why can’t we get beyond this? Why does anyone care? I don’t really know. Truthfully, those of us with any intelligence know that race is a pointless identifier, and has no bearing on the value or character of another human being. Whether a person is more or less, better or worse, is all a matter of their words and actions. What they do from day to day, how they treat others, that’s what should determine how you classify someone, not the color of their skin or where they were born.

I think the worst part of it all, the part those preaching their bigotry refuse to see, is that they, the racists, are truly the inferior ones. They are the ones who are truly less, because they can’t be bothered to judge each person as an individual, but would rather pass judgement on entire segments of society just so that they can feel superior. Sadly, because of their behavior, many Caucasian Americans are ashamed of their color, and hate toward caucasians is growing, as people assume that the actions of one loud group represent us all. 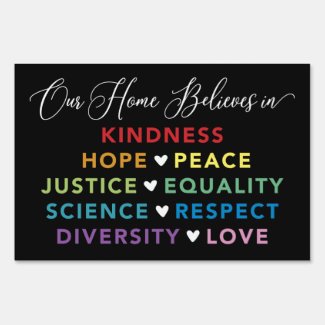