Over the years, I’ve had an on-again, off-again relationship with swearing in my writing. In the beginning, I did it when I could, and only avoided profanity when the site I was writing for prohibited it. Then I tried to cater to the sensitive people and cleaned up my act. Then I went back and forth. Now, I’ve decided to embrace profanity, like I always wanted to, and I’m going to tell you why.

For one thing, as I pointed out in a really old blog post, most words aren’t inherently bad. It’s how we use them that matters. So calling some things “bad” words is a simplistic and incorrect way of looking at it. Even when we use words with “negative” intent, that doesn’t necessarily mean that we’re doing anything wrong. It’s complicated, but bear with me. You see, all words are just what we use to express ourselves. All words have their place. Some words stir stronger emotions than others, and some shouldn’t be used in certain circles, but they all have their purpose.

When it comes down to it, I think that swearing is like seasoning. A little is good, a lot can sometimes work as long as you don’t overpower what it’s in, but none at all can get pretty boring. I’m not saying that you can’t have excellent writing without swearing, you totally can, but if the forum will allow, I don’t see anything wrong with sprinkling in a little flavor to help sell your point.

Let’s face it: most of us swear. It’s not that big of a deal. Only really conservative people make a big deal out of it, and even then, they have their “jeepers cripes” and “H-E-double-hockey-sticks” so they’re swearing too, they’re just trying to pretend that they don’t. It’s just a part of our language and our expression. Sometimes, there’s just no way to express something without using a “curse” word or two. It adds power, emotion, even shock value. It can get tedious and obnoxious when every other word is something profane, but used wisely, it can add so much to a piece of writing, that you wouldn’t experience without it.

As for me personally, since I’m on a mission to flip the bird to Google, I’m writing the way I speak, and that means I’m swearing. If people don’t like it, they can get a profanity filter for their browser, or go to a different site. I’m done censoring myself for the sake of sensitive people. I know who I want my audience to be, and they’re not the kind of people who get their panties in a twist over the occasional “shit” or “fuck.” I think all writers should take the same approach. Are you really writing for the kind of people who get bothered by swearing? Is it really worth it to censor yourself, just so you can get some ads on your site or get listed on some link page? What matters more, who you are, or who others want you to be?

Of course, there’s also that ridiculous idea that only dumb people swear. Research shows that it’s actually the opposite. Smart people with good vocabularies swear as another part of expression, and swearing can be a valuable tool. So if you’ve been censoring yourself for fear that people will think you’re stupid, you shouldn’t. Unless you’re really trying to reach the kind of people who think swearing and stupidity go hand-in-hand.

I honestly feel that swearing has value. It can add meaning and emotion. It can also express your personality. I’m pissed at all the time I spent censoring myself for the kind of people who wouldn’t be reading my work in the first place. I know that we’re expected to “keep it clean” so that we can get approved for ads (which is one reason I refuse to put ads on my site) or get featured in certain places. Is it really worth it though? Is it actually worth it to change how we really speak just to protect people who can’t handle natural language? I don’t think so. I doubt that many people are making significantly more money or friends or followers by censoring themselves. Sure, some people won’t like you, but if you’re really being yourself, then you’ll attract people who enjoy that, and it won’t matter.

If you’re a sensitive type and you want to keep reading my blog, I suggest getting the following: Advanced Profanity Filter (Chrome – Firefox). I don’t know if you can get it for mobile, but this site is best viewed on a computer anyway. 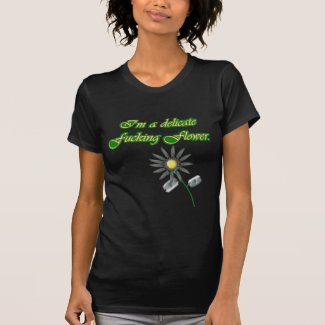