Satanic Myths Exposed: Satanists Are All The Same Since this is the first part in my Satanic Myths series, I’m going to dispel one major myth, and I’ll likely refer readers back to it many times throughout the series.

It’s a fairly common belief that all Satanists are the same. By that I mean that folks believe that there’s only one kind of Satanist, and everyone who identifies as a Satanist has the same beliefs and practices. This isn’t even close to true. There are actually several different types of Satanism. This won’t be a deep or exhaustive list, but it’ll help you understand some of the major differences.

One type of Satanism, and the one I personally follow, is Temple Satanism, which means being a member of The Satanic Temple. Satanists in TST are atheists. For TST members, Satan is used as a metaphor, as an inspiration and symbol of rebellion against tyranny. Temple Satanists don’t engage in any kind of supernaturalism, and don’t practice magick. They tend to be activists, or in some way fight to right the wrongs in society. They consider themselves to be a force of good, and take a very dim view of those who abuse or oppress others.

Another form of Satanism is LaVayan Satanism, as practiced by the Church of Satan. CoS Saatans are also atheists, but they do have magickal practices. CoS Satanists see Satan as an example of how to lead their lives, and believe in focusing on self over all other things. Their rituals may seem hedonistic in nature. While CoS Satanists also dislike those who abuse or oppress without reason, they’ve never been notably active in political matters.

The Temple of Set is an offshoot of CoS Satanism. Unlike its predecessor, ToS is theistic, believing in a literal Satan (Though more often seen as the Egyptian deity Set, as the name indicates.), among other spiritual figures. ToS Satanists also practice magickal workings.

Luciferians are another type of Satanist, although many of them will argue that they’re not, and that’s a rather hot debate. Luciferians believe in Satan as Lucifer, the “Light Bringer.” They tend to see Lucifer as a positive guiding force that is the opposition to God, and the provider of all worthwhile knowledge. Whether they’re theistic or atheistic depends on the individual branch, as does whether or not they practice magick.

There are many other forms of Satanism too, and you can find a more exhaustive list called Exploring the Different Branches of Satanism. You may note that The Temple of Satan isn’t on this author’s list. I have no idea why that is, but I’ve contacted them to request that they rectify the error.

Overall, there are dozens, if not hundreds of different forms of Satanism. Most of the time when you hear people talk about Satanists, they’re referring to some type of LaVay based Satanism. Unfortunately, the CoS has gotten a lot of bad press over the years, some of it warranted and some of it not. That fact has skewed most people’s perception of satanists in a particular, and usually unflattering, direction.

If you encounter someone who identifies as a Satanist, your best bet is to leave your preconceived notions behind, and politely ask them what type of Satanist they are. If you’re respectful, they’ll probably tell you, and even be willing to answer some questions to help you get to know them better. Just remember that there are many types of Satanists, much like there are many sects and branches in other faith systems. 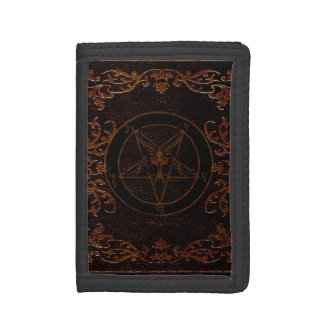