Rape Is Never Okay, So Why Does It Happen So Much? - Briana Blair - BrianaDragon Creations

Rape Is Never Okay, So Why Does It Happen So Much? *Sighs* Sometimes I think I need to unsubscribe from every petition site and newsletter I’m on. The horror that gets pumped into my inbox is enough to make me wish I owned a gun so I could go on a mass shooting spree. One of today’s three emails that made me want to kill was one about the rape epidemic that is sweeping the world.

Rape is never okay. Let’s just put that out there first and foremost. Forcing yourself sexually on another human being is wrong, period. You have no f*cking right to ever touch another person without their permission. Ever. I don’t care who you are or what right you think you have or what f*cked up justifications you think you have, if you touch someone without their permission you are evil and wrong and should suffer very much for what you’ve done.

It’s not okay to take advantage of someone when they’re drunk or high. Yes, they should be more responsible, but you have no right or cause to touch them. If you do, then you and you alone are the piece of shit in the situation. It’s not okay to rape homosexuals to try to turn them straight. That’s just epically f*cked up and stupid. It’s not okay to rape people as punishment for some supposed wrongdoing. Rape is never okay. Never. Ever. Drill that into your damn heads.

The email I got was talking about things like an Indian woman who was raped for falling in love with a Muslim, An Ethiopian woman who was jailed after her rape got on the internet (because it was “indecent” and “her fault”), and a Moroccan woman who was forced to marry the man who raped her at knifepoint. America has it’s share too. The “rape away the gay” movement is active here and we see stories all the time of high-school and college boys drugging and raping women, then publicly shaming them afterward. Rape has reached epidemic status.

There’s obviously something seriously wrong with people all over the world. I can’t say much for the screwed up shit that people believe in other countries, but here in the US there’s no damn excuse for it. People here ought to know better. They should be taught to respect and not touch each other. We’re supposed to be so damn superior, our society should be setting an example instead of being so f*cked up. I mean, how is it not just common sense that you don’t hurt people, and don’t touch them without permission? It’s so basic! 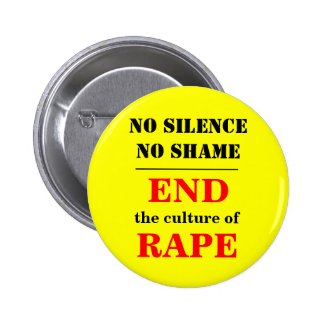 This is another one of those things that we need to stand together against. To hell with special interest groups, there needs to be a global, united outcry against rape and molestation. We need to have severe punishments and we need to be teaching people to respect each other. We need to be doing something real instead of just sweeping it under the carpet and victim shaming.

Sometimes I wonder what the hell has happened in society that has made people stop being human. Really, I don’t think most people out there in the world are human anymore. They’re sick animals. And it has to be truly sick, because even animals don’t do the shit we do unless they’re diseased and insane. People today are acting sick and insane. What’s worse is that the f*cked-up-ness is becoming common and accepted and people are just sitting back and letting the shit happen, saying “that’s just the way it is.” Guess what folks, that’s only “the way it is” if you sit on your asses and let it be that way.