I Watched SyFy’s New Show Carvers And It Was Good I managed to catch a rerun of SyFy’s new series Carvers last night. It’s a show starring Ray Villafane and Andy Bergholtz, who are both master carvers. Ray is well known for his pumpkin carving, and both men have been seen on Food Network’s Halloween Wars, which my whole family watches every year.

The premise of the show is simple, they show the guys and the rest of their team carving stuff. It may sound boring at first, but it’s really not. In the premiere they carved a chocolate sculpture for McKenzie Westmore, host of Face Off. The sculpture was modeled after Mckenzie’s transformation into Medusa on Face Off. They did an amazing job, and you get to see the process and how they deal with the challenges of each medium.

It also showed them carving over 70 pumpkins that they had to have flown to Hong Kong for a special event. They showed the styles of each member of the team, how they worked, how they faced challenges and how they create the finished products. It was quite interesting from beginning to end, and I’m going to be watching more episodes in the future.

I’m really loving the fact that SyFy is adding more geek and art related content. I’ve been a huge fan of Face Off since season one, and even make sure to catch the specials. I’m also eagerly awaiting the Jim Henson Creature Shop Challenge. I love Henson stuff! I think that’s going to be awesome to watch. I’m not sure I’ll catch every episode of My Big Fat Geek Wedding, but I know I’ll watch at least a few, because it sounds kind of cool.

Foxy & Co. is another one I’m looking forward to. That’s Eric Fox (aka Foxy) and former Face Off contestants Nicole Chilelli, RJ Haddy and Roy Wooley as Fox starts a new effects business. I’m hoping that it will be mostly about the art and creation and we’ll get to see a lot more of the process. As long as they keep the scripted drama out of it, it should be really good. 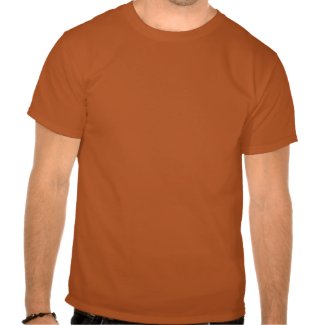 That’s one thing I’ll give SyFy credit for, they don’t have a lot of that reality garbage. Opposite Worlds is the one I know of, but after the first episode I just stopped watching. Season 2 of Face Off worried me because there was a lot of drama, but I guess they heard the fans, because they eliminated showing any of that in future seasons. We were going to give up on it if it got drama-centric, but luckily, they cleaned it up.

I’m just really glad to see a station that has some shows for geeks and artists. There’s so little on television these days that’s any good to a person with an actual IQ, at least SyFy has some entertaining and engaging stuff already out, and more coming in the future. I said yesterday that if they’d just get some computer and gaming shows they could be a better version of G4, which was sadly replaced by the godawful Esquire Network.