Dishwashers, Water Spots And Your Friends I saw a commercial on television advertising a dish washer detergent. The couple’s glasses came out with some white spots on them, so the woman sends the man off to distract their guests while she tries to clean them. I know they’re trying to sell a product, but this commercial, like most, is dumb on multiple levels.

For one thing, you don’t need to buy a different kind of dishwasher pellet or liquid in order to get glassware without scum. There’s an easier, cheaper and more environmentally friendly option. It’s called doing your dishes by hand. It uses less water, less detergent, and your dishes get good and clean. It’s pretty awesome. People should try it more often. I know, I know, that would involve getting off their backsides and putting in effort, but seriously, it’s way better.

Secondly, (and this refers to a commercial where there were only vague spots on a glass but a similar situation) why do you care about some spots on your dishes? If they’re clean, who gives a dren? Water spots happen, it’s just a fact. If there’s no food or soap on the dish or glass, it’s good, use it. If it bothers you that bloody much, there are these nifty things called towels which are great for rubbing off spots and streaks. Buy some and use them. 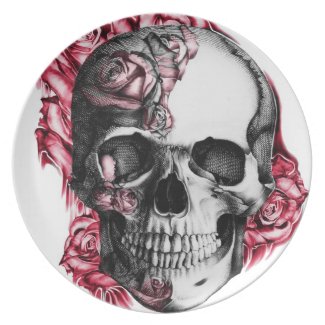 Third, if your “friends” are so shallow and stupid that they are going to have fits over some water spots, you might need new friends. I’ve eaten at someone’s house and seen spots on the silverware or whatever. I don’t care. If there’s not food caked on or detergent dripping off, I’m going to live. I’m there for my friends and the food, not to judge people over silly little crap that doesn’t affect my health, happiness or really anything at all in the grand scheme of things.

I really can’t imagine thinking less of someone if there were some water spots on the flatware or anything like that. It’s just dumb. I also really don’t care that much if someone sees some spots on mine either. And I’m serious about the hand washing thing. It’s much better in lots of ways. You know, I actually saw someone on FaceBook talking like washing dishes by hand the same day they ate off them was something to be proud of. People are getting really pathetic out there.