Discipline Is Not Child Abuse, And They Need It - Briana Blair - BrianaDragon Creations

Discipline Is Not Child Abuse, And They Need It I was just sitting in the living room eating lunch and Little House On The Prairie was on. There was a scene where Mr. Garvey took his son out to the barn for a “whoopin'” and it made me think of how some people would call that child abuse now. I think that discipline is a good thing, and it irks me that discipline is now considered child abuse.

There are plenty of people out there who grew up in times when they got their butt whooped for doing something wrong. Sometimes it was a switch or a belt, sometimes a hand. Sometimes they got sent to their room, sometimes they got things taken away from them, and sometimes they went to bed without dinner. All of that stuff is considered abuse now. The thing is, those people who got punished like that actually turned out to be good people most of the time.

Look at the world now though, and you can see what all this time-out crap has done to people. Since parent’s aren’t allowed to punish their kids for fear of jail, kids run rampant and turn into useless adults. Kids need discipline, and these sweet talks and “everybody wins” attitudes aren’t cutting it. Punishments aren’t abuse, they’re lessons that make children learn and remember.

Ask around among some of the older people you know. Ask them if they hated their parents for smacking their ass or sending them to bed without dinner. In the moment it happened I’m sure they did, but as adults they’ll look back and say that was their parents showing love. They thank their parents for straightening them out and not letting them get away with shit. Those older people don’t see their parents as abusers, they see them as loving people who did the right thing.

I’m not sure when all this crap came up that discipline was abuse. I suppose it may have been done because a lot of kids were actually being abused, but there needs to be a line. Real discipline needs to happen, and a crack on the ass isn’t going to kill anyone. Going to bed without supper isn’t going to kill anyone. Things like that usually make a kid shape up, because the consequences of their actions are not something they enjoy. 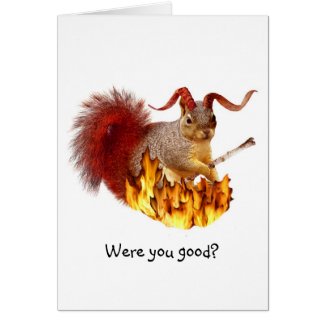 Now, they get told to go to their room, but there’s a cell phone and stereo and TV and gaming console in there. Hell, a lot of kids try to claim abuse if they don’t have a room full of tech, which is just bullshit. The point is, even going to their room isn’t punishment, it’s fun with no parental interference. There’s no real downside. When a kid does something wrong, there needs to be a consequence severe enough to make them not want to do it again.

I think parents need to stand up and bring back discipline. Spankings and an occasional skipped meal aren’t horrible or abusive. Taking away your kid’s stuff for a week is not going to scar them for life. Parents need to engage real discipline so that kids will stop turning out to be such monsters and making it even worse for the next generation.