I got an email today telling me about bill HB 1023 / SB 377 in GA which would allow employers and businesses to discriminate against others under the guise of religious freedom. While I’ll admit that I don’t understand all of the details of that bill, it’s just one example of a huge problem in the United States.

All over the country, religious extremists are trying to pass laws that will allow them to discriminate against people they don’t like. It’s sick and wrong, but they’ve spent decades gathering money and power and they’re using it more and more to try to take over the country. If people don’t stand up and fight as one people, we’re going to be living in the United States of Be Like Us Or Die.

As far as the bill, it only makes me think one thing: No business should be allowed to discriminate, ever. If someone walks through the door of your establishment, you should be required to serve them politely and efficiently. All employees should be treated equally, and no employer should be allowed to force their beliefs on their employees. Denying certain kinds of healthcare or refusing to hire people of certain races or life preferences should be illegal. Refusing service to any customer based on race, gender, religion or other such bigoted reasons should result in fines and eventually closing of the business.

I’ve seen signs that say “No Shirt, No Shoes, No Service” and I can respect that. But it seems there are businesses that would like to have signs that say “No gays, no minorities, no people who aren’t our religion” in their windows. It’s wrong and it baffles me that anyone would even consider laws that would basically allow that. But those religious extremists have all the money, so they have all the power. People who would be adversely affected aren’t speaking out and rising up enough to make change happen. 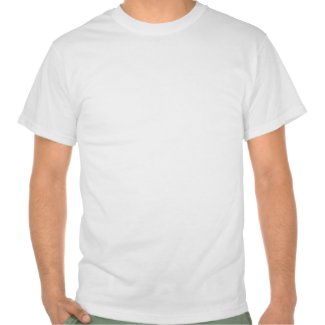 Between corporate greed and religious insanity, this country is in a world of hurt. Something needs to be done. This talk of expanding and protecting religious freedom is a lie. All that’s happening is that one religion is trying to make it legal for them to publicly hate everyone else. It doesn’t protect others, and discrimination is not a protection. Refusing service and employment to people who aren’t like you only shows what a hateful, narrow-minded person you are. It only shows your capacity for hate and your desire to harm the lives of others and create further strife and division in society in the name of your beliefs.

What would be better would be to make laws that ensure that all employees at any US business are treated equally no matter who they are, and provided with all the things that any employee deserves. It would be better to pass laws that make it a severe violation to refuse service to any customer without a legitimate, unbiased reason (like they’re not fully clothed or disruptively intoxicated). Instead our lawmakers want to make hate and mistreatment legal. Brilliant, isn’t it?